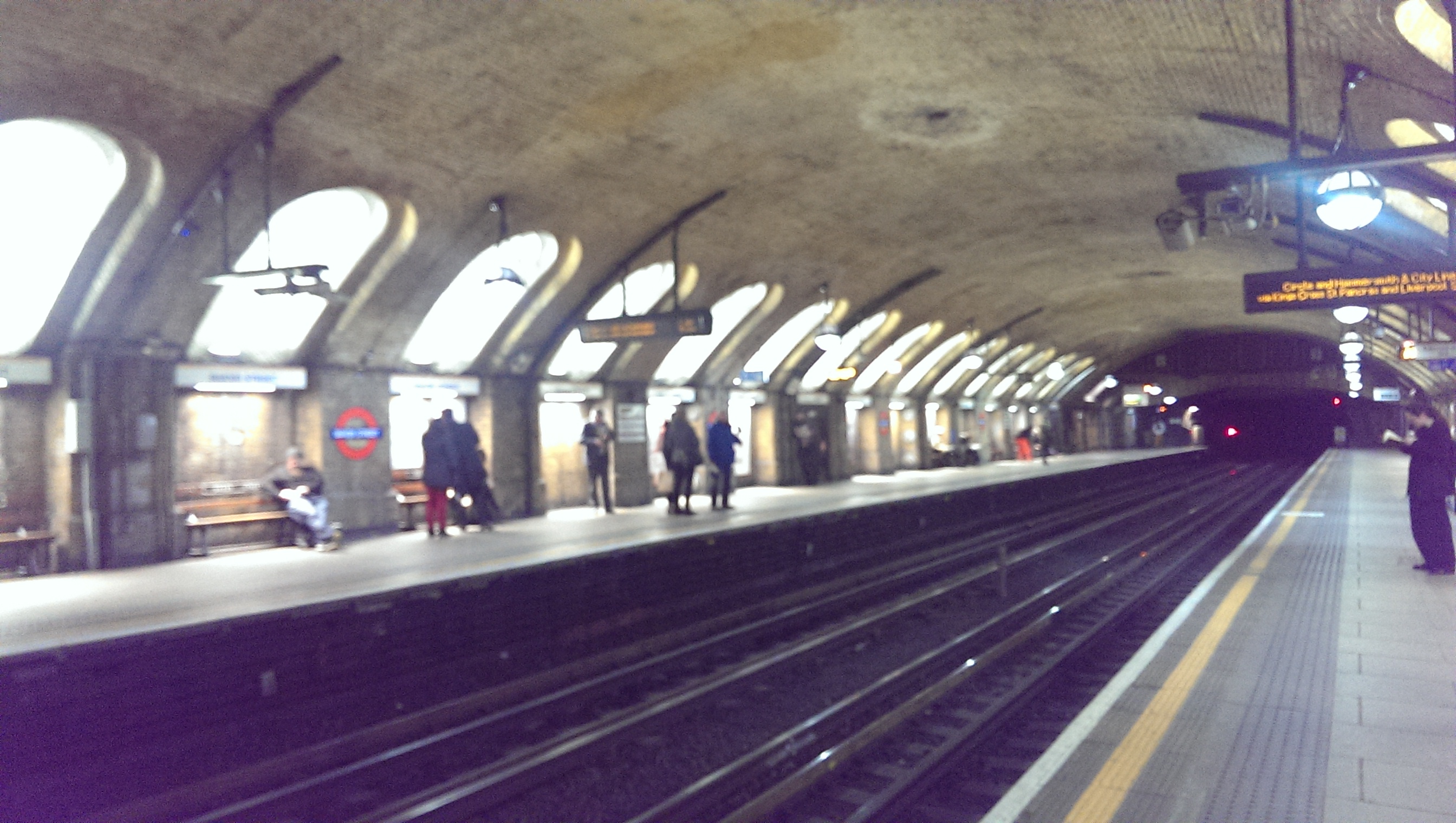 There are some hidden gems on the London Underground.

Baker Street could be considered one of them, with it’s bare brickwork and kooky layout.

I’ve passed through this station two nights in a row. Last night, when the Metropolitan train I was on terminated at the station, as I got off the platform there were these blue lights flashing from under the train. I had no idea what the point of them were as blue isn’t the Met’s tube line colour, nor does it really signify ‘end of the line’. But it did look quite pretty against the latest model of tube trains.