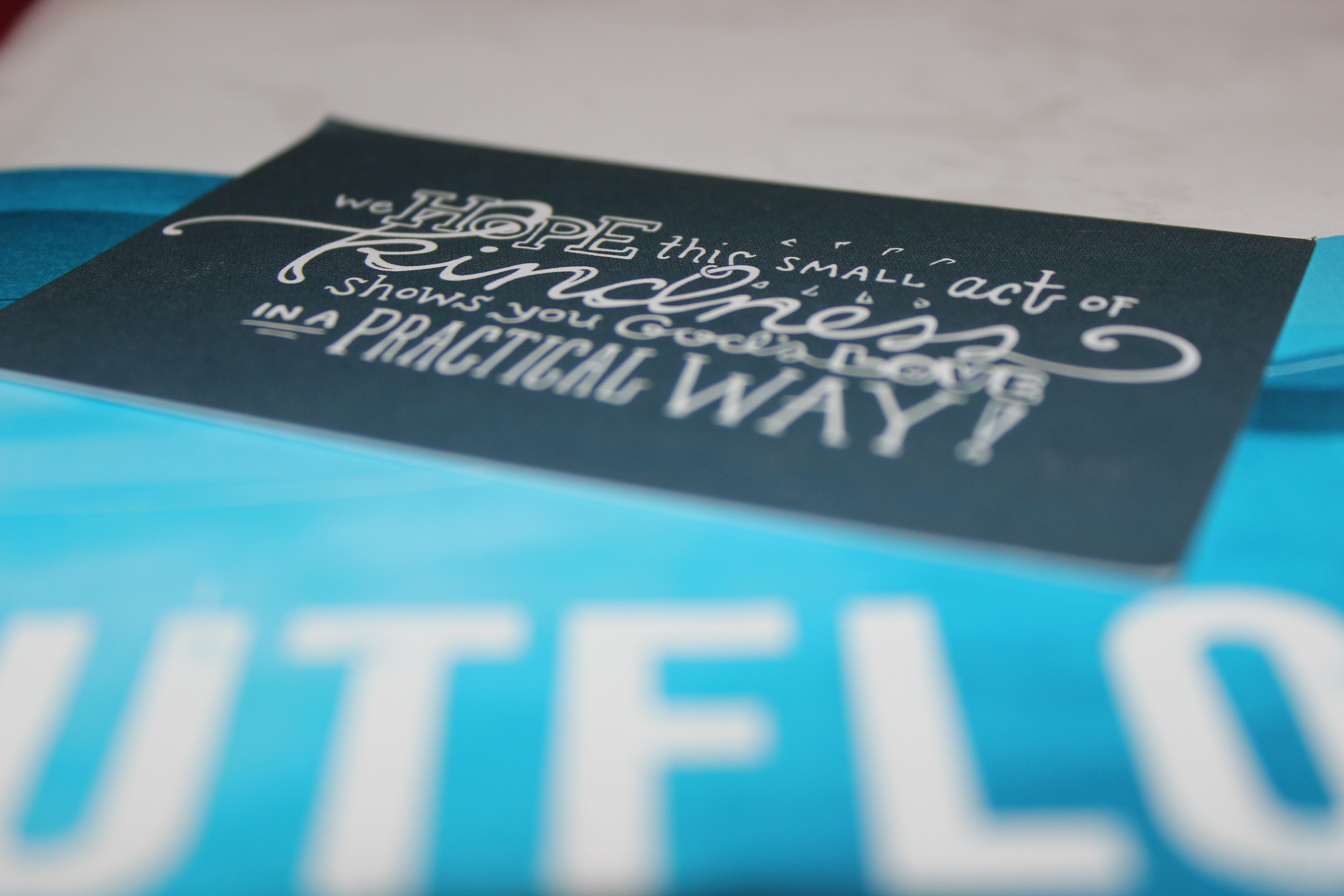 Ready For Your Love

Last night, on my way to CLG, something amazing happened. I was encouraged to share it last night with the other guys in my small group so I decided to post it here tonight to encourage others.

As part of Westminster Chapel’s season of Outflow and Kindness, we are encouraged to do random acts of kindness that show people God’s love in a practical way.

Whilst sat on the train sorting out some KingsStock business cards for some friends, a man wondered into our carriage and announced that he was homeless and asked if anyone had any money to donate. Usually I’m skeptical of these kind of people as I have no idea what they’re going to do with the money they collect. I’d rather usually go and buy them some food or a drink, if I do indeed decided to do anything at all for them.

With my wallet on the chair beside me, I glanced up at him and decided to give him three pound coins I had in my wallet. As he counted they money I asked his name. Tom.

As he went through to the next carriage, I realised that it was an act of kindness that I can credit God for and I had a couple of the cards in the photo in my wallet too. Why didn’t I give him one with the money and explain why I’d given him some money?!

I was getting off at the next stop and got a card out in the hope that Tom was getting there too. That would be my chance to tell him why I gave him money.

Fortunately, he did. I called Tom from a distance and went over to him and handed him the card.

When he asked what it was I said something along the lines of, ‘I’m a Christian and it’s just a little something to explain why I decided to give you money tonight.’

And then I said something I’ve never said to anyone, let alone a stranger. ‘It’s just to let you know that God loves you.’

I asked Tom where he was planning to stay that night and then we parted our ways.

As I got on the tube, I was overcome with a feeling I’ve never felt before. I started crying. I had no idea why, but there was this strange fuzzy feeling that I’ve just impacted upon someone I’ve never met before and told them that God loves them.

It wasn’t a feeling of ‘I know I’ve done a good thing by giving money to a homeless person’ but a feeling that I’ve been able to show God’s love in a practical way.

This feeling carried with me all the way to CLG, where as I entered I saw Ryan and just had to tell him the story.

I’ve posted this tonight as I want to encourage others that haven’t maybe shared their faith at times where an opportunity has been presented. It does take a bit of guts, yeah, and sharing it with a homeless guy you met on the train won’t happen every day, but the opportunity was there and I felt prompted by the Holy Spirit to go ahead and make God’s love known.

Who knows what’s happened to Tom since then, but I really hope that whatever money he did collect that evening, that he did use it to put a roof over his head.

This evening (Friday), I got stuck on the island at work because the tide rose faster than we expected. I stayed at work an extra hour and then caught the train home.

I was in quite a tired mood as my bag was heavy and it’d been a busy day, but then a gentleman started coming down the carriage asking for money.

Lo and behold, it was Tom from earlier in the week!

I asked him how he was and he told me that he’d seen a social worker today and that there was a ray of hope that he could find a new hostel soon that would be better for him.

I also found out that he’s been on the streets since September/October time, but he was much more positive this evening.

God does amazing things. He turned the end of my bad day into one of optimism for Tom and I really do pray that he’s able to get his feet firmly on the ground and settled soon.