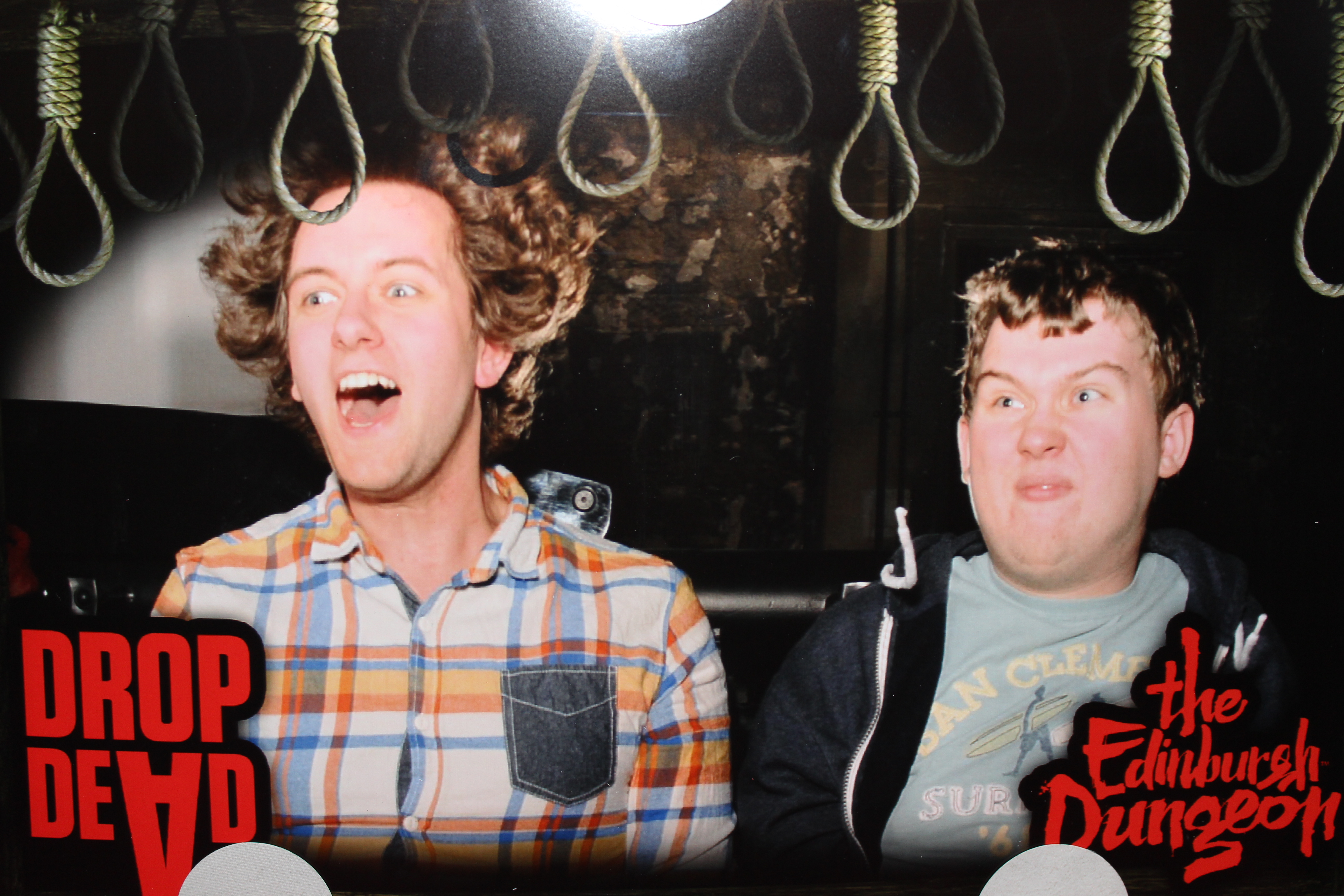 Christopher is my oldest friend. We’ve known each other for about 15 years now and it’s a pleasure to spend time with him, with this weekend not being an exception.

I somehow managed to convince Christopher that we should do the Edinburgh Dungeons, as Grace from Church has done it and said it was better than the London Dungeons.

Throughout we discovered that I’m of a more nervous disposition that Christopher, especially when it came to the boat ride section, which happened pretty much all in the dark!

At the end of the attraction, there’s a Drop Dead ride, which symbolises the hanging which used to happen in the Scottish city.

Christopher doesn’t really do rides, so I was surprised when Christopher got on this one.

I think the picture pretty much sums up how we felt about it. I might be actually hung when Christopher finds this… I’ll tell him the Judge made me do it!

You can find photos from my weekend in Edinburgh on my Flickr stream.