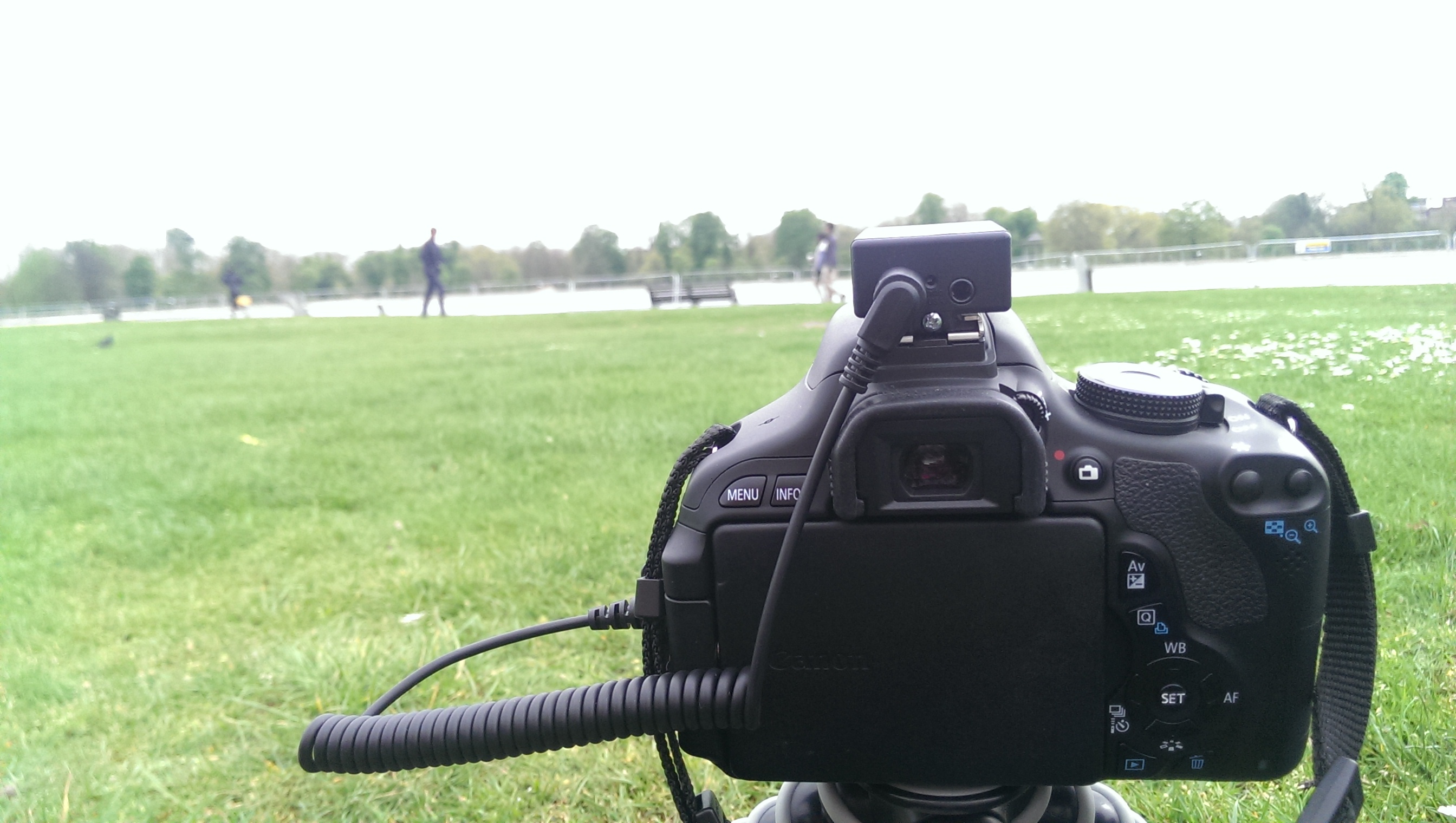 That was my view of Kensington Palace Gardens for an hour earlier today.

This was my first full attempt at a time lapse outside and in public. I was facing South, with the Round Pond in my view.

I learnt with my first two tests back in Spalding that it’s very much a bit of trial and error.

Today’s didn’t turn out too bad. It was reasonably consistent but I really need to learn more about some of the settings on the camera to get the most out of it.

Initially I set it up on the Gorillapod and took a couple of manual photos to ensure the shot was at least framed right. After choosing the Michron’s settings on my phone, I plugged it in and off we went!

I believe it was taking a photo every 5 seconds, however the Michron is a bit fiddly and I don’t think it always saves the settings correctly as it was still taking photos automatically after an hour!

Here’s the result of my sitting around for an hour, 1,228 photos later.