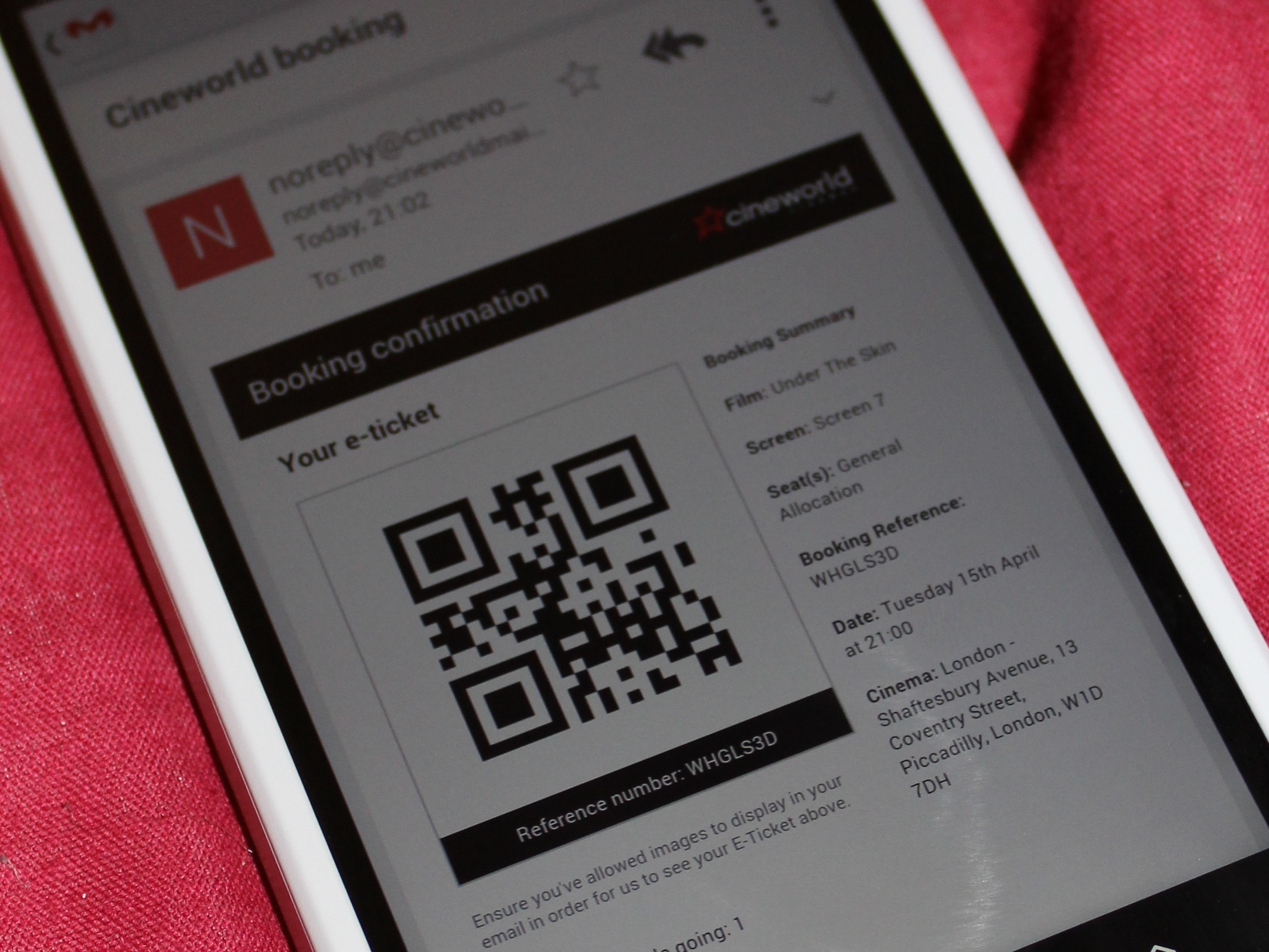 Tonight, a trip to the cinema was an experience for two reasons.

Firstly, actually buying the ticket to get into the screen!

I had a voucher which I bought for £5, which gave me £10 credit with Cineworld. However I didn’t realise it was only an e-voucher for use online until I was almost at the cinema. So I had to stumble my way through their Android app to actually buy the ticket. It was a pain to say the least.

I finished off the transaction on my mobile whilst stood in the cinema and I was presented with the QR code as shown above, which I was told to present to the usher to gain entry. However his iPhone couldn’t scan the QR code correctly, so I was directed to a self-service machine to collect my ticket. This machine couldn’t handle entering the reference number you see below the QR code. So I ended up at a proper ticket kiosk, where the lady scanned the QR code and it worked fine. All she had to do was confirm my name.

Then there was the film itself.

I went to see Under The Skin as I had heard reasonable reviews about it, plus I was intrigued as to what made it so unique. I am none the wiser about what it’s really about!

SPOILER ALERT: I will now spoil the film.

Scarlett Johansson’s character has no, character. No personality. And that makes it really hard to get into. You get thrown between different scenes with nothing but eerie music and Scarlett’s face connecting them.

There’s nudity, floating men in ‘water'(?). One of these men ‘pops’. It’s hardly explained at all. All I do know is that she’s an alien and she likes to lure men into her white van. There’s also a bloke on a motorcycle that seems to appear when she messes up. Oh and there’s a baby left on a beach after the mother and father disappear. That was the worst bit of the film!

Was the whole thing a film dot to dot? I may have missed the point of the film completely.