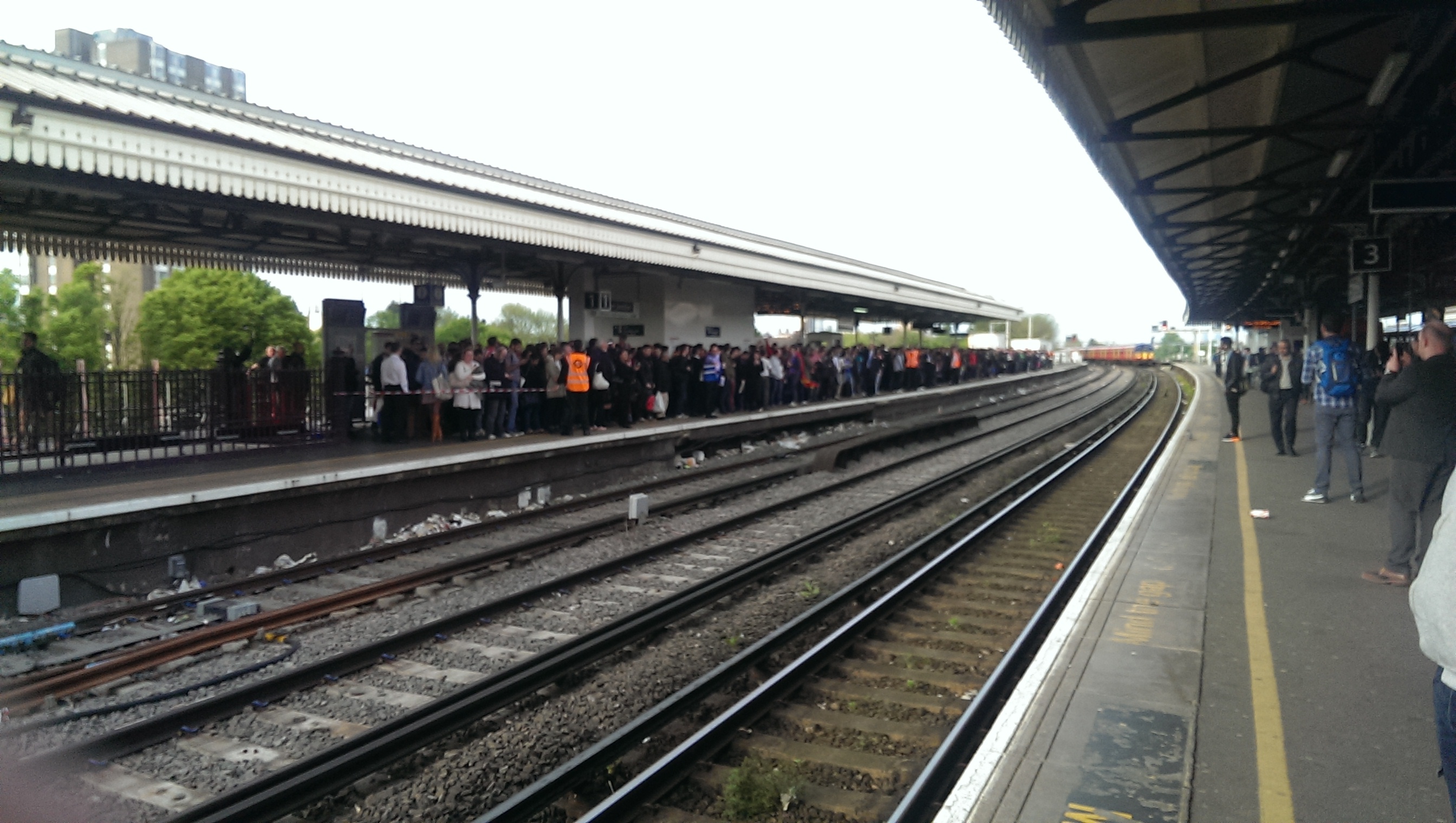 The second day of the latest tube strike and as I got off at Clapham Junction, I noticed a large group of football supporters on the platforms for the London Overground.

The Overground is one of the least affected lines during the strikes, along with the Docklands Light Railway, but it does get rather busy.

These supporters were chanting and being a bit rowdy. I’d have hated to be on the same train as them during any other day, let alone during a strike!