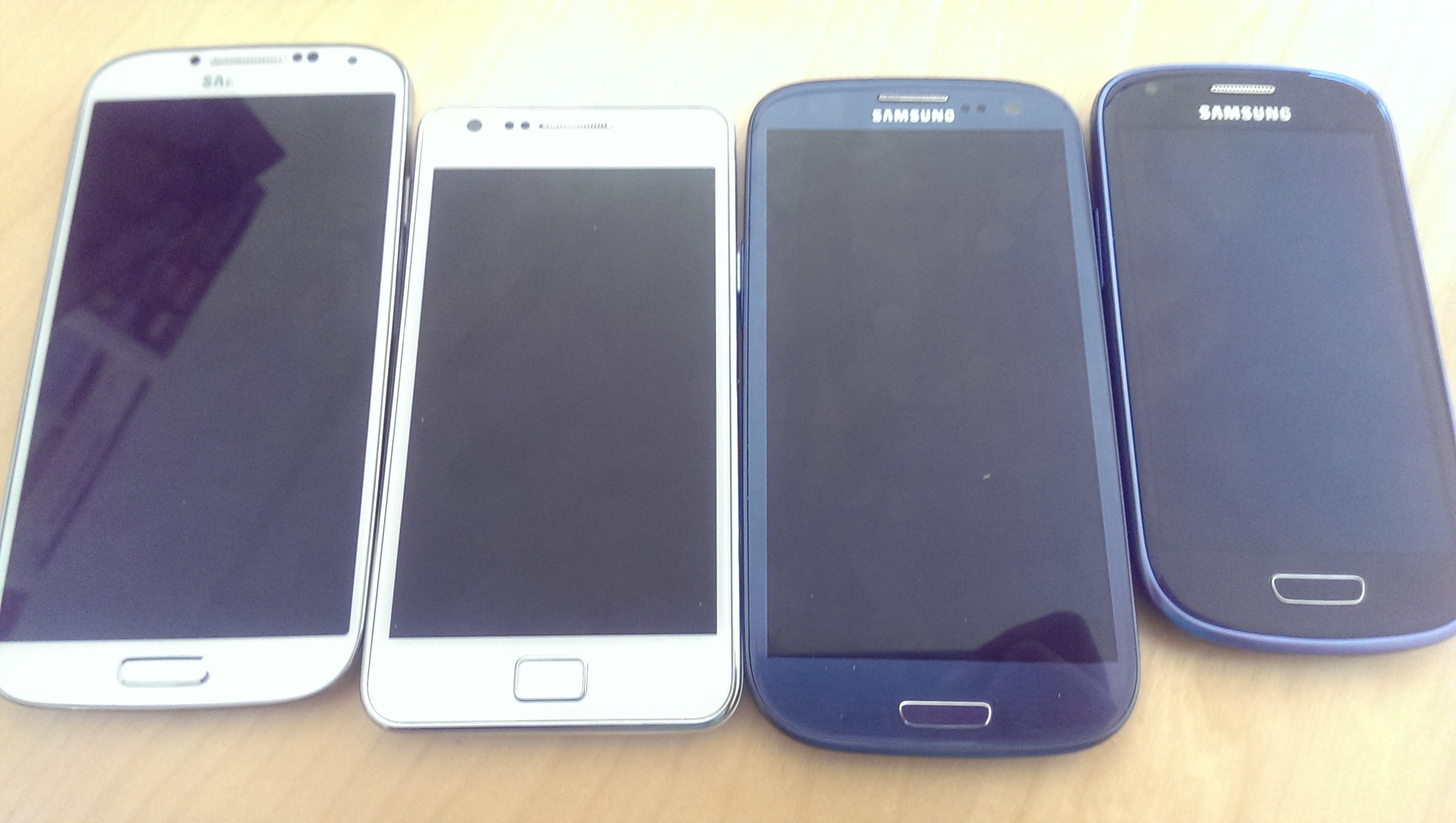 At work I do a lot of testing and recently we had an influx of new devices to play with!

We also received a Microsoft Surface 2. I’ve had a bit of a play with it and I’m not convinced yet.

I’m not a massive fan of the Samsung phones, mainly because of all the crapware that comes pre-installed. I know this infuriated my Dad when he got a Samsung Ace about a year ago.

The reason for these new devices? I did some testing for the Danish Broadcasting Corporation (DR) the other month on their radio mobile apps, and now I’m working on their TV apps later this month.

So far, I’ve only learnt that “play” in Danish is “spille”. I might need to learn a bit more than that!