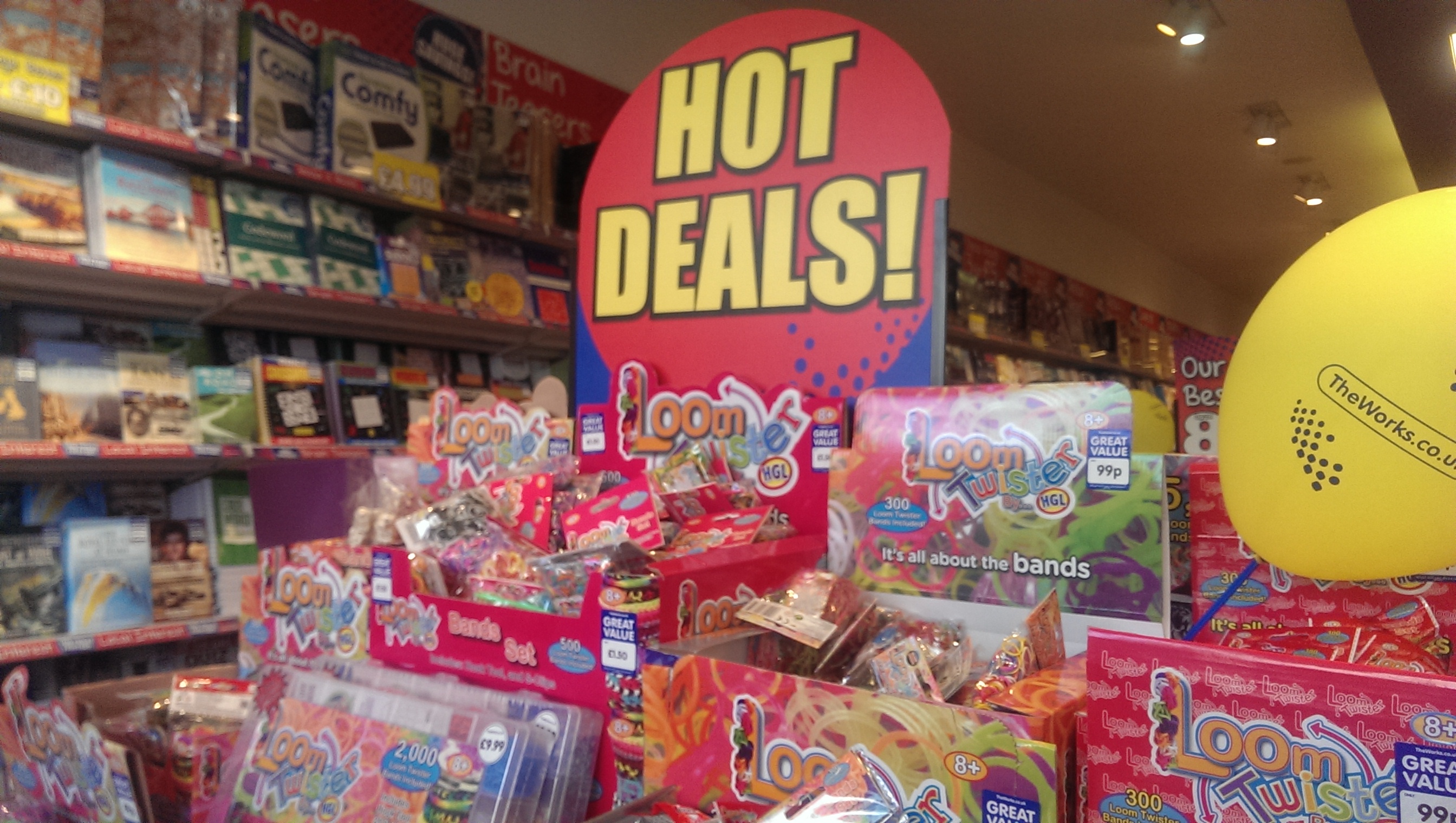 They’re obviously a fad, just like scented gel pens, Pokemon cards and ‘scooby doos’ (or scoubidou as their official name is) were all popular whilst I was at school/college.

But it struck me just how popular they were when I went to Bracknell today.

Inside The Works, we say this stand. Front and centre of the shop.

Call me crazy, but why would you spend £20 on a small elastic band?! Unless you had 25,000 tiny letters which you needed to attach to the legs of pigeons.