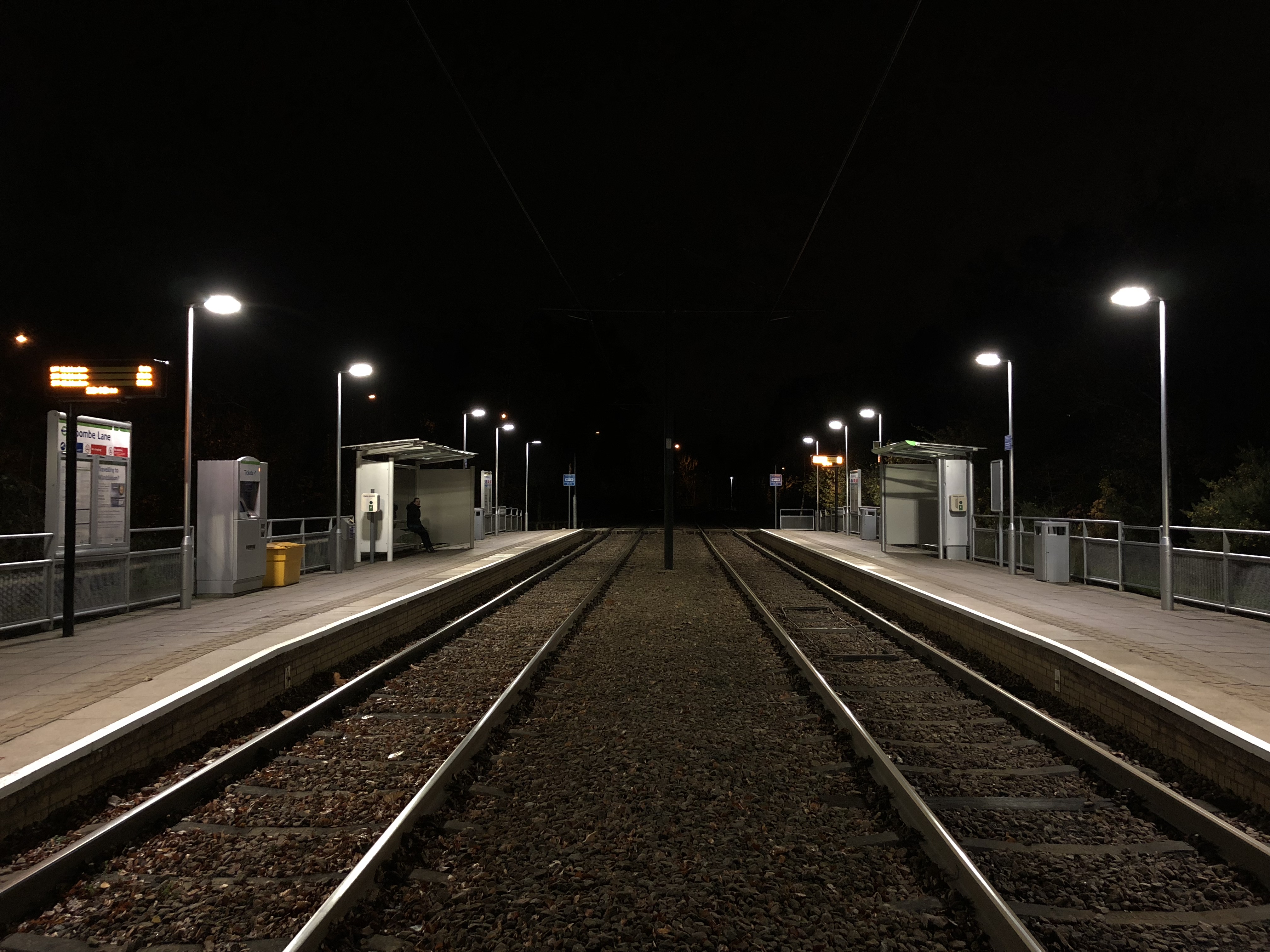 The Tramlink in South London goes from Wimbledon to New Addington, Elmers End and Beckenham Junction.

This stop was Coombe Lane on the New Addington branch.

We were there after meeting up with my Aunt and Uncle at their hotel. It felt like it was in the middle of nowhere. At either end of the platform was a black void where trams magically appeared from.