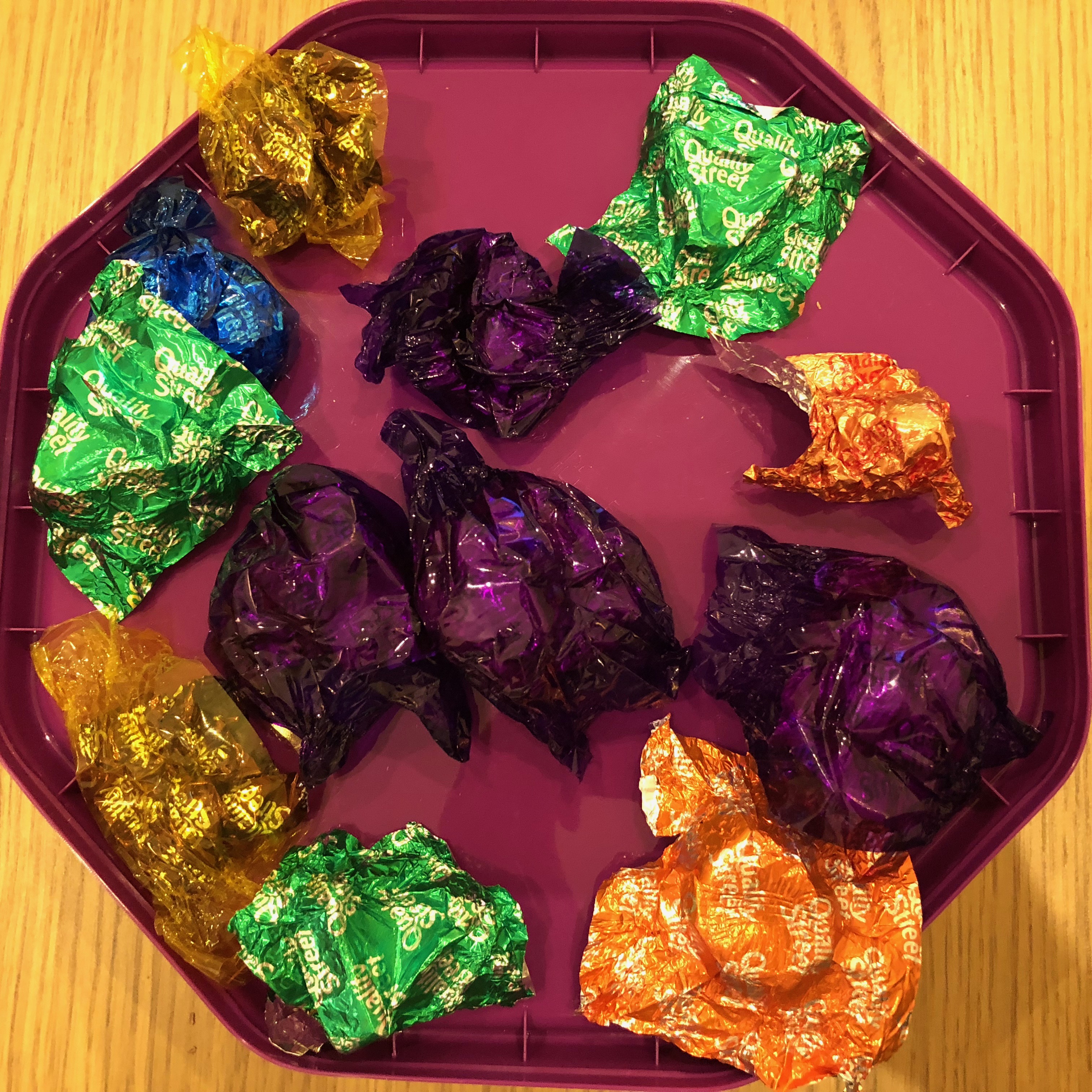 The Bounty and the Snickers

The rustling of the wrappers, the shaking of the tin…

It’s officially Christmas and instead of advent calendars, I bought Kathleen and I a tub of Quality Street sweets.

This reminds me of a song by Paul Bell, who debuted it in the Summer of 2016 at various summer camps, including ONE Event.

Paul also played some songs at our wedding and has performed at KingsStock Music Festival. You should definitely check his stuff out!

Now Playing: The Bounty and the Snickers – Paul Bell